We brought in the New Year at the Hoggamany Festival in Edinburgh.  It was amazing, we did a tour of the highlands with a Scottish man called Scott! I’m not even kidding.. He told tales of the history while talking over S

cottish music.  The countryside of Scotland is absolutely beautiful and I saw snow oon top of the mountains. Caitlin was telling everyone that she/we wanted to stay in a private room in Barcelona and Italy and I don’t know where that idea came from because I don’t have a problem sleeping in a room full of other people. Yeah the showers are cold sometimes, things aren’t clean sometimes but it’s a hostel not a 4 star hotel so who cares?

Scott was constantly on his phone as well which frustrated me during the trip and we went to a Gay Bar after New Years street party and I kind of felt like a buffer while he tried to hook up with a random he had never met before.  He didn’t end up hooking up though and we had a great night dancing.  The street party was so much fun and we caught up with Ericka again.. I’m annoyed though because I took all this footage of Scotland to make into another video and then U uploaded the videos to iCloud and deleted them on my phone thinking the video was fine but some footage would be missing when I exported it to the camera roll so I deleted the video to try again BUT you can’t access or save the videos again from iCloud, so frustrating! I will have to make it again when i get home to Australia.

We had a north ceremony in Scotland and it was amazing, the Vikings had these huge flames leading the people while playing the bagpipes and drums and at the end of the march at the top of the hill they set this boat on fire with all the Viking symbols engraved on it.  Every song that played either had the world ‘burn’ or ‘fire’ in it and I couldn’t help but laugh and that’s also where Scott’s ‘sorry’ joke came to life.  The firework show was amazing they played Adele set fire to the rain which was very acceptable.
I was expecting Katy Perry but they didn’t But the New Years fireworks were incredible over the Edinburgh castle, I really wanted to do a tour of the castle but no one else wanted too.  I guess that’s the one benefit of travelling by yourself. You really can do what you want.  I thought about my New Year promises for 2014.  I didn’t achieve anything in 2013 and I need to change my ways while I hstill have time.  So far I’ve promised myself to go further with my music, writing, recording and getting gigs.  I;’ve promised to start acting again and have an action course when I get back and I’m going to complete my animal course and start a good YouTube channel and really finish a story for good and work out if I still want to do uni or and what exactly I should chase. 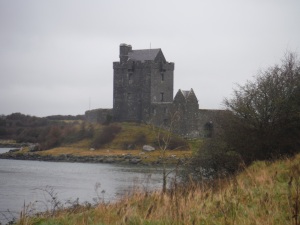 Caitlan wasn’t  to go home, which is fair enough because she misses Kris, but I don’t. I’m loving this journey.  We are in Ireland now, we had to catch a plane across late last night with another guy called Craig who helped us.  It was finest extra money on top because I thought we could use our Eurail but we couldn’t but we are in Ireland for 2 weeks and I am so excited to explore it.  I hopefully can make a video without it screwing up either. 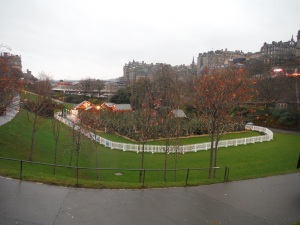